The heart that loves is always young, so let’s celebrate Valentine’s Day with love and laughter! The public is invited to enjoy a delightful evening next Tuesday featuring live music performed by Paisley Craze. This five-piece band features a wide range of styles from the iconic bands we all remember.

The extravagant dinner menu includes charred miso glazed salmon, Beef Tenderloin and stuffed Tuscan garlic chicken. The “chocolate bomb” for dessert is the star of the show! Cocktail hour begins at 5:30 P.M. Dinner is served at 6:30 P.M. Call 352-753-7000 by February 12 to purchase tickets.

Speaking of togetherness, Harbor Hills wedding coordinator Christy Rich is busy planning engagement parties, weddings and vow renewals. “A vow renewal ceremony at Harbor Hills is very special,” she explains. “It celebrates the value of an enduring relationship. Vow renewal says to the world, I’d do it all over again.”  Whether it be a wedding for a special couple, a vow renewal for seniors or a Valentine’s engagement party, Christy organizes everything for the event. The view from the Harbor Terrace overlooking expansive Lake Griffin is extraordinary. Contact Christy at 352-753-7000. 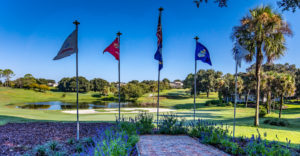 Often called the “Forgotten War,” the Korean War was fought from June 25, 1950 – July 27, 1953. At the time of the conflict, Americans were focused on many other challenges, including the aftermath of WW II, Vietnam, the Cold War and domestic concerns. The importance of this war in the history of the United States has been greatly understated as this struggle marked the rise of Cold War tensions that emerged in the post-WW II period.

A lifelong member of the American Legion, Harbor Hills resident Dr. Marshall Grillo is a proud affiliate of Post 347 in Lady Lake. Dr. Grillo’s years of naval service and engagement in Korea led his Post to select him to attend Honor Flight 42 in Washington, D.C. Dr. Grillo was among the first Korean War vets to be chosen.

The outpouring of love given to his veteran group was overwhelming. Dr. Grillo appreciated the Honor Guards, the bag piper, the police escorts and the individual guardians assigned to the group. Included in this experience were the crew who made the flight possible, the crowd who greeted the vets upon their return, and the singing of the National Anthem played by the bugler. As Dr. Grillo explains, “It all brought tears to my eyes and joy in my heart.”

Dr. Grillo’s memorial brick can be found in Harbor Hills’ Memorial Park, along with the signature bricks of many other Harbor Hills vets. Situated among the flags of our Armed Forces, the park is a quiet place. It is perfect for reflection on the courage of those who gave us the precious gift of freedom. It is indeed a privilege to be your friend, Dr. Marshall Grillo. 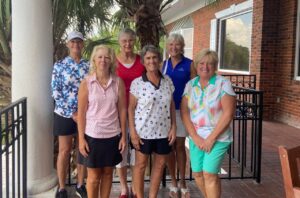 The Harbor Hills Ladies Golf Association has been in existence since 1991. This year, the Association consists of 52 members. “If you are a member of Harbor Hills Country Club, resident or non-resident,” President Ann Mahoney explains, “you can play with the LGA.”

Stroke play is played weekly with a secondary game built into the play. For example, the group might play a two-person Best Net Ball of Partners game where gross scores are recorded for each individual. In addition, the best net ball of the two team partners is tracked. The team with the lowest net score is the winner. The format changes each week, making every week interesting and different. The games are flighted, giving fair competition to all levels of players.

Members of the HHLGA participate in a Harbor Hills Match Play tournament. The hole-by-hole competition is played from November through March. Members set up their own matches and keep track of points until they play with everyone in their flight. The person with the most points in their flight wins!

The Harbor Hills LGA is active in The Mid Florida Challenge Cup. This competition involves seven clubs: Harbor Hills, Eagle Ridge, Monarch, Arlington Ridge, Plantation, Deer Island and Mt. Dora Country Club. It’s a match play format with a partner and is played at all the clubs mentioned from September through April.

Change it up with a day on the water! Linda Morrison, Certified Paddle Tour guide, invites you to enjoy a kayak eco-tour on beautiful Lake Griffin. Friends of Lake Griffin State Park is a non-profit group offering both day and moonlight tours as well as kayak classes. Visit FLGSP.org for details. 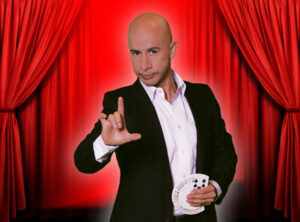 Years ago, David and I took our daughters to enjoy a show starring David Copperfield, perhaps the most well-known magician in modern times. We were astounded and the children were amazed. We laughed as we continuously said, “How did he do that?” during his incredible live performance. You might remember Copperfield’s astounding illusions walking through the Great Wall of China or making the Statue of Liberty disappear!

Magicians such as Penn and Teller, Doug Henning, and David Blaine are among today’s most recognized talents. These gifted professionals undoubtably ignite new and younger magicians to follow in their mysterious paths.

Combining comedy with magic is a winning combination and well presented by local magician Cesar Domico. Domico is a three-time champion in magic and card tricks. He is an entertainer as well as a magician, using comedy and his unique illusions to wow the audience.

On February 3rd, the Harbor Hills Garden and Women’s Club is excited to host an evening with professional magician Cesar Domico. Tickets are $60 per person and include dinner and the show at the Harbor Hills Country Club. The public is warmly welcome. Deadline to reserve tickets is January 27. Contact Shirle Mabie at 561-351-0699 for more information.

Reminder: The first of two food drives sponsored by our Harbor Hills Ladies Charity will be held January 27th-29th. Help replenish the shelves of the Christian Food Pantry of Lady Lake, a ministry of North Lake Presbyterian Church. Donations can be dropped off at the Pro Shop. Pickup is available. Email Sue Rice at hsusanrice@embarqmail.com. 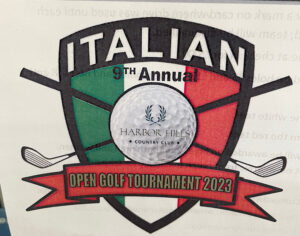 Villagers, you are enthusiastically invited to Harbor Hills Country Club to participate in the 9th Annual Italian Open on Sunday, January 29th. It is a four- person scramble golf tournament with a 1PM shotgun start and lots of old time Italian joy. Two flights will be fielded: one flight for Harbor Hills golf members and a second flight for the general public and guests. Enjoy wine and cheese stations on Holes 5 and 13! Many cash prizes will be awarded, including longest drive and closest to the pin.

Following the tournament, a plated dinner of Caesar salad, chicken parmesan and dessert will be served in the Regency Room. Inclusive price for golf and dinner is $60 for full golf members, $90 for the general public and $30 for dinner only. Green fees, range balls and the full Italian dinner are included for all players. An award ceremony, a 50/50 drawing and raffle will be held during dinner. A portion of the proceeds will benefit local charities.

Payments can be made at the Harbor Hills Pro Shop with checks payable to the Harbor Hills Italian American Club. Call Tournament Chairman Joe Pulsone at 352-638-6698 or the Pro Shop at 352-753-7711 for details. Sign up deadline is January 15th. Everyone is welcome!