THE IMPORTANCE OF HARBOR HILLS’ VETERANS PARK BY NIKKI HOFFMAN 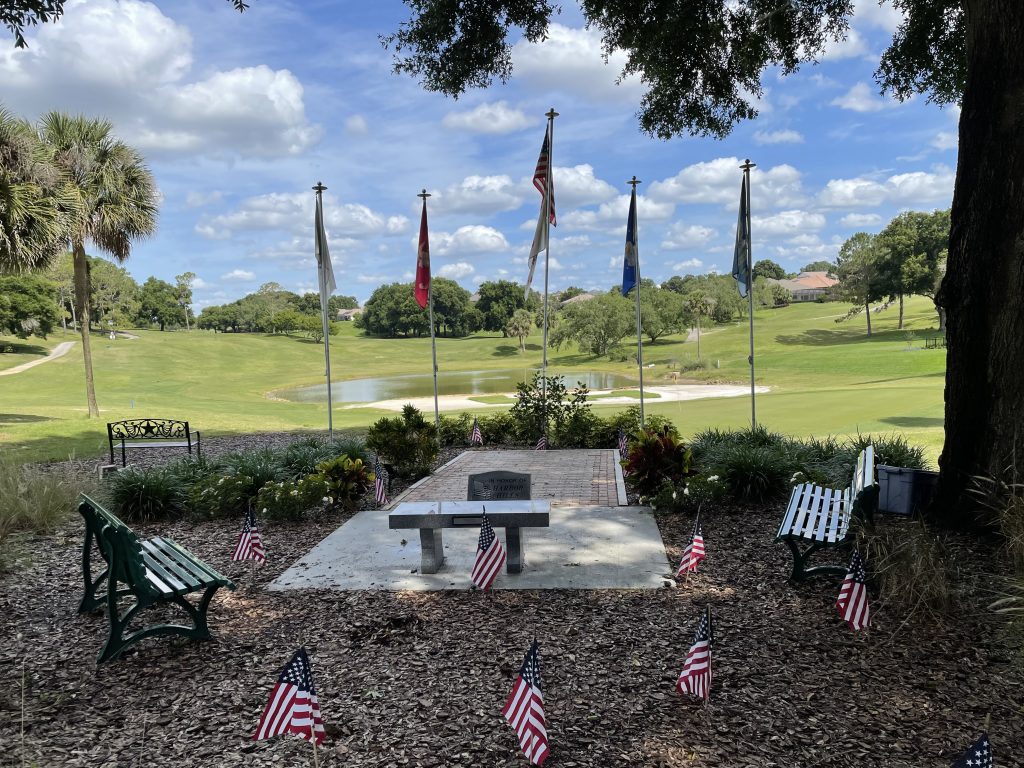 The American flag takes its proper place at the forefront of the Memorial. The POW flag flies beneath it. The significance of these flags has a profound effect on our community members. Clearly, freedom is not free.

A great variety of veterans reside in Harbor Hills. Among them are Steve Stephens and James Quirk, US Marine Corps; Steve Hritz, US Air Force; Giac Modica and Gregg Monin, US Army; Jim Roark and Skip Wainer, US Coast Guard and Gail Quirk and Ed (Pop) Wingerter, US Navy.

Under the guidance of Shirle Mabie, President of the Harbor Hills Garden & Ladies Club, veterans in our community have stepped up to oversee park improvements and beautification. Our Garden & Ladies Club will continue to raise funds for any maintenance needed.

To date, the new Space Force flag has been added, the Army flag now flies on its own pole, the POW flag waves beneath the American flag, night lights over the flags have been replaced, name plates on the flag poles have been attached, new flowers have been planted and the area mulched. Harbor Hills veteran Steve Stephens is arranging for two community veterans to be assigned each month for future preservation and care of the grounds.

“The park is a special place of serenity and thoughtfulness,” Stephens explains. “We are so proud to see this demonstration of appreciation and pride for our military men and women.”